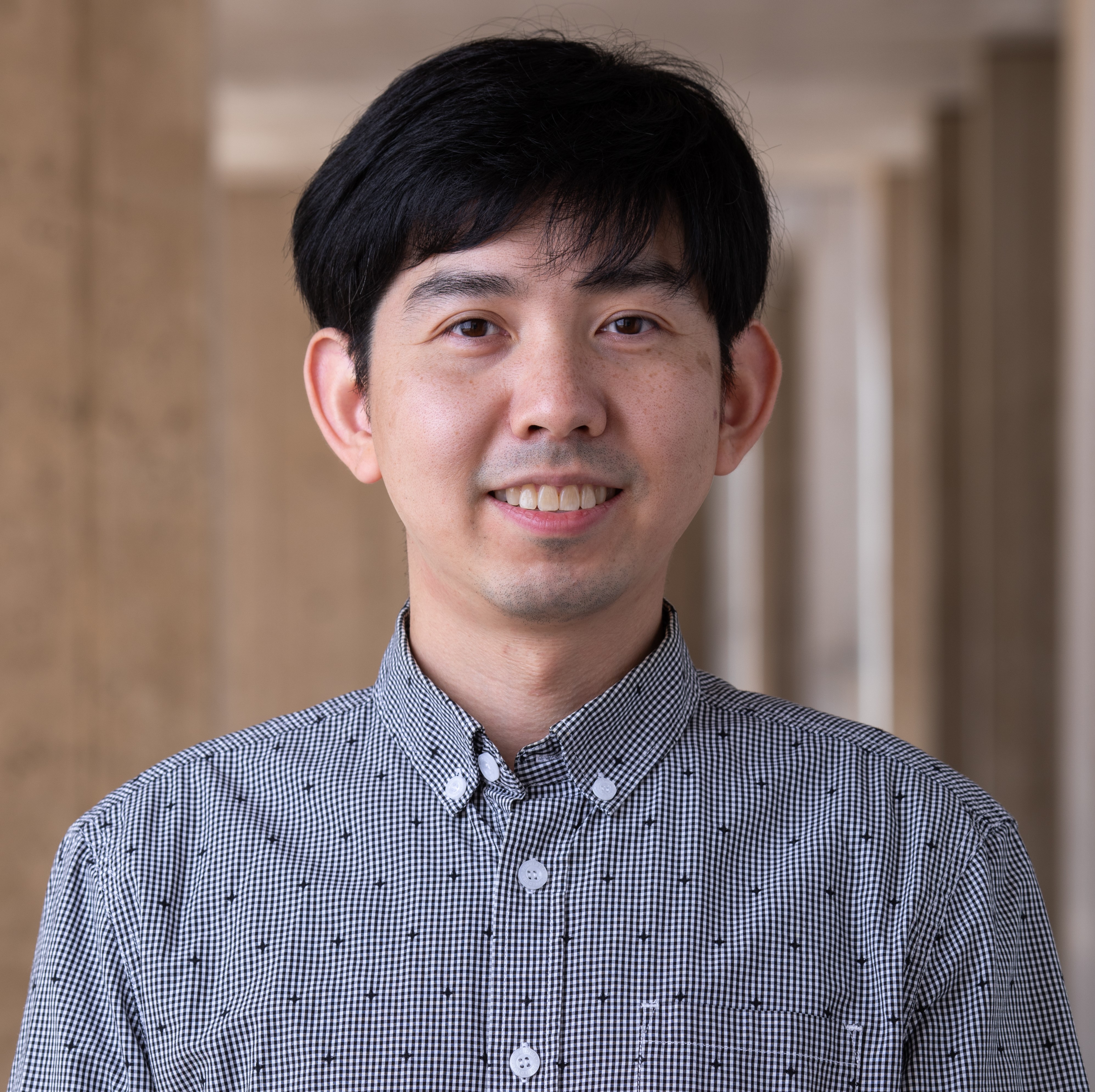 During associative learning, distinct of basolateral amygdala (BLA) neurons are assigned with positive and negative valence. However, the specific mechanism underlying the assignment of valence to the appropriate BLA neurons remains unclear.

My postdoctoral project has uncovered a neurotensin (NT) role in mediating valance assignment in the BLA (Li et al., 2022, Nature). Specifically, I found that NT released from the paraventricular nucleus of the thalamus (PVT) mediates BLA ensemble formation of both positive and negative valences and bi-directionally modulates reward and punishment learning in a dose-dependent manner. One challenge was to isolate NT from co-released glutamate, as we had identified that NT inputs to the BLA co-release glutamate. Typical approaches such as optogenetics would inevitably affect glutamate along with neuropeptides and could potentially confound the interpretation of the results. To overcome this, I collaborated with Drs. Feng Zhang and Yulong Li’s labs on adapting CRISPR-mediated Nt gene knockout and validating a genetically-encoded NT sensor. As both approaches showed high specificity to NT, I found that the Nt gene knockout in the PVTNT-BLA projection promotes punishment learning, while PVTNT-BLA optogenetic activation promotes reward learning. Consistently, both calcium dynamics in PVTNT axon terminals and NT sensor dynamics in the BLA are enhanced after reward learning and diminished after punishment learning.

Using functional clustering, and computational analysis, I found that Nt gene knockout in the PVT-BLA blunts BLA encoding of learned valences at both the single-unit and population levels. Furthermore, CRISPR and control groups showed a variety of different behavioral patterns in response to Sucrose and Shock CSs. To identify and quantify potentially different behavioral states, I performed an unsupervised trial-by-trial clustering of behavioral responses to CSs based on automatic pose estimation, and found that Nt knockout reduces the number of trials where mice showed active behavioral responses to CSs.

Taken together, these findings indicate a neuropeptide that signals valence in the BLA, and show that NT is a critical modulator for assigning positive and negative valence in amygdala neurons during associative learning.

‍Dopamine (DA) is one of the major neuromodulators that signal reward and motivation. Studies have shown that DA firing exhibits aphasic pause in response to aversive stimuli, which is thought to mediate behavioral avoidance and punishment learning. However, it was unclear how aversive stimuli could cause DA inhibition, largely because the underlying neural circuits were unknown. 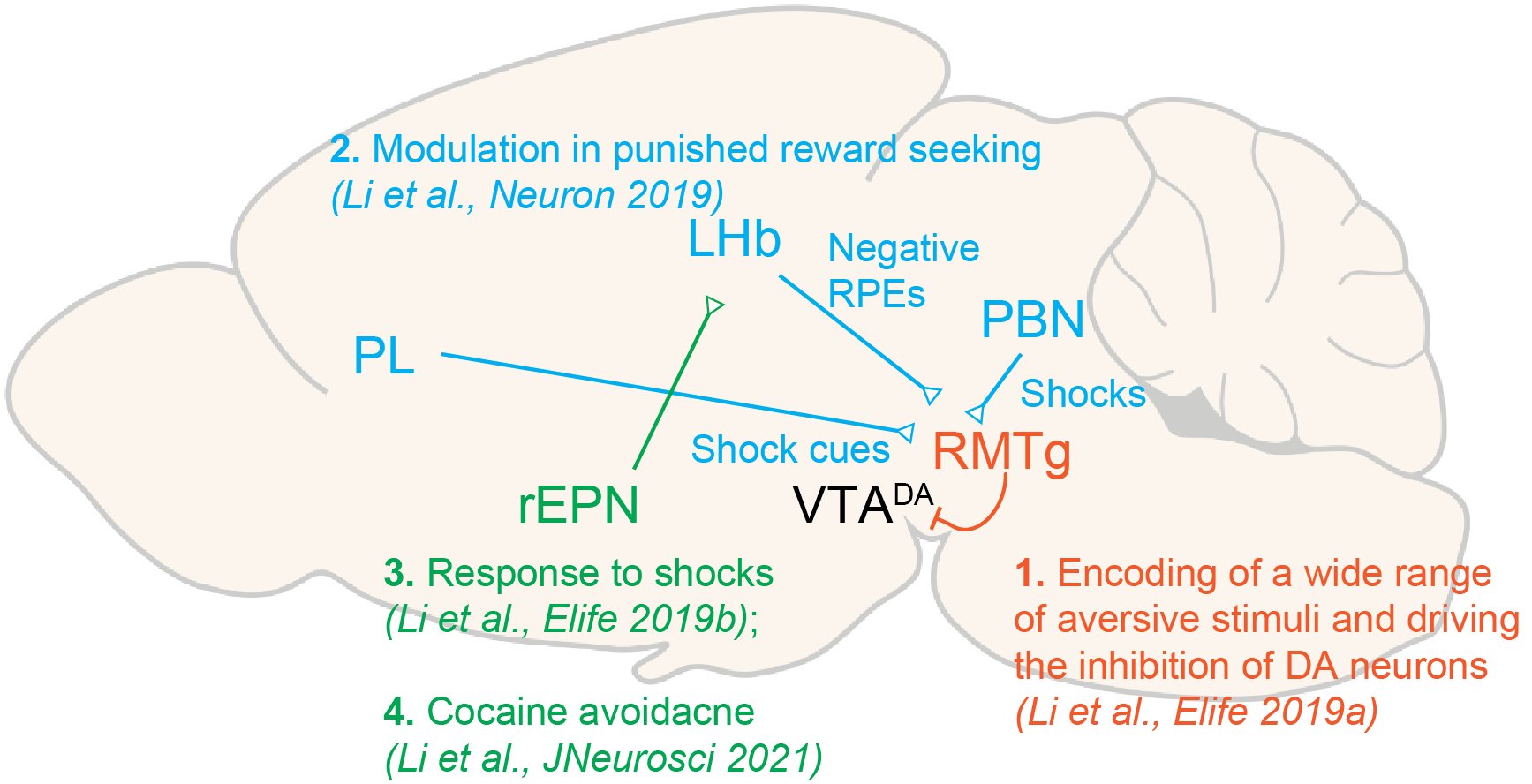 In collaboration with other lab members, we discovered that the individual differences in cocaine avoidance are correlated with their RMTg activity (Parrilla-Carrero et al., 2022, J Neurosci) and are highly heritable (Eid et al., 2019, BioRxiv).

My main project during my master’s degree was to study the effects of chronic amphetamine withdrawal on stress-induced serotonin release to limbic structures. Using in vivo microdialysis, I found that restraint stress induced serotonin release into the central nucleus of amygdala and the ventral hippocampus. In rats underwent chronic amphetamine withdrawal, the stress-induced serotonergic response was enhanced in the amygdala and suppressed in the hippocampus, which was blocked by the local infusion of glucocorticoid receptors antagonists (Li et al., 2014, Eur J Neurosci).